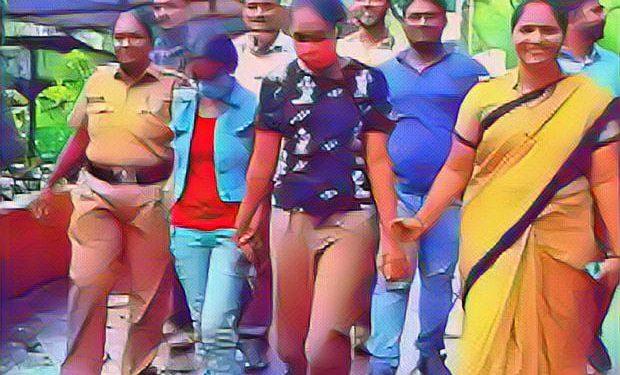 The work in the film line in Mumbai has ended during the Corona period. Many junior actors and actresses are going through a period of trouble at this time. Many artists are also earning money in the wrong way.

A similar case has come to light from Mumbai in which two junior artist actresses have been arrested for theft. It is alleged that where both the small screen actresses used to live on rent, about Rs 3.28 lakh has been stolen from the same paying guest. Two women working in TV serials in Mumbai have been arrested for stealing Rs 3.28 lakh from the residence of a paying guest in the Aarey Colony.

Mumbai: Two women, who work in TV serials, arrested for stealing Rs 3.28 Lakhs from the paying guest accommodation they stayed at, in Aarey Colony

Police say, "They're in Police custody. Rs 50,000 recovered from them. They had played small roles in Savdhaan India & Crime Patrol" pic.twitter.com/2WDzRLem5q

Mumbai Police says in this regard that both are currently in police custody. Fifty thousand rupees have been recovered from them. Both played minor roles in TV serials like Savdhaan India and Crime Patrol. From here, he also got the idea of ​​stealing.

Tiger Shroff is now ready for a bang on the OTT platform.