The founder of John McAfee Antivirus tweeted his suicide a year ago. 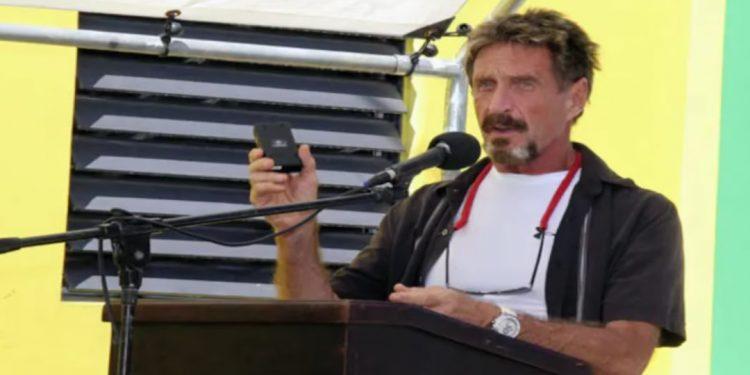 Software tycoon John McAfee was found dead on Wednesday. It was John McAfee who created the popular McAfee Antivirus. He was imprisoned in Spain. According to the report, he hanged himself in jail and gave his life. He had also made a tweet about this a year ago.

John McAfee tweeted me on 15 October 2020. In this tweet, he wrote, I am satisfied here. I have a friend. The food is good. Everything is fine. Know this; if I hang myself like Epstein, it will not be my fault.

By Epstein, he meant here Jeffery Epstein. Jeffery Epstein was jailed for sex trafficking. He was found dead in jail. According to the report, he had committed suicide.

According to the famous news agency Reuters, a few hours before the suicide, the Spanish court had approved his extradition to the US. He was in jail for tax evasion and fraud. His lawyer told news agency Reuters that he could appeal the charge against him, but he took this step before that.

Another tweet of his is being discussed. In this tweet, he has tweeted a photo. In this, he has got a tattoo made on his hand. $WHACKD is written in the tattoo. I have got a tattoo done in today’s case. If I committed suicide, I didn’t. I was shocked. This tweet is from 1 December 2019 only.

McAfee was accused of knowingly not filing tax returns between 2014 and 2018. It is alleged that he earned millions from cryptocurrency and sold the rights to the life story of his life, yet he did not pay the tax.

After the news of john McAfee’s suicide, these tweets are becoming increasingly viral. People are also expressing their opinion about this on Twitter. Many people are also demanding its investigation.