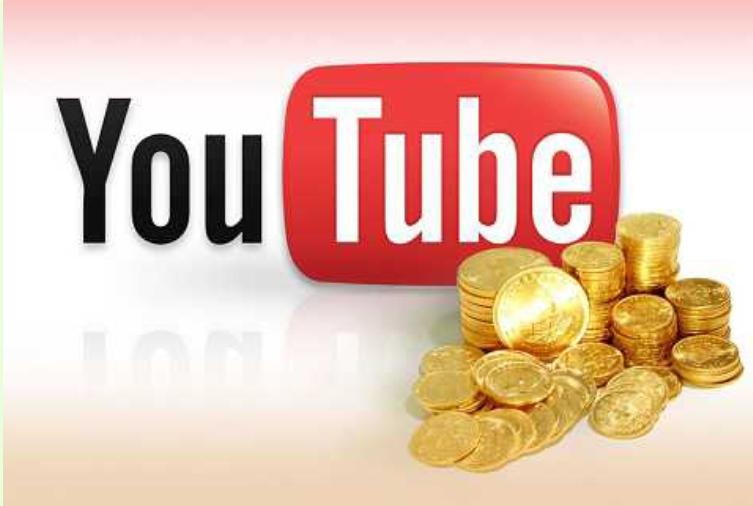 Youtube: The 21st century is the audio-visual era. Internet is the biggest revolution of this era. With the help of this, your words can be conveyed to the people very easily. It is also used to convey its art and its skills to the people. There are many types of social sites available, which prove to be very helpful in such work. Slowly it has become a huge medium. YouTube has become an important role in these mediums. With the help of this people are trying to reach very big and high dreams. Many people are making YouTube their means of earning. His life is being spent very comfortably with the money earned from this. Many people have a desire and dream that they can become YouTubers.

YouTube is a type of social site, whose main feature is ‘video’. Almost all types of videos, all types of movies are stored on this site, which can be played and enjoyed by watching through the internet. This is a video-sharing website based in San Bruno, USA. It came into existence on February 14, 2005, about 12 years ago from today. Now its importance has increased a lot and it works as a subsidiary of Google. On this website, a common man can also upload, post, rate, share, report, etc. videos by creating his special channel. If someone misses any favorite TV daily soap, then he can easily watch that missed episode according to his time. The best thing is that there is no special registration or account creation to play it, yes if the video is only for adults then proof of adulting can be given by giving your e-mail id. Various types of TV shows, reality shows, music videos, short films, documentary films, audio recordings, live performances, movie trailers, etc. are uploaded on this website.

YouTube is a company founded by Chad Hurley, Steve Chan, and Jawed Karim. All three were earlier working in ‘PayPal’. Hurley did design from Indiana University and Chan and Karim studied computer science at the University of Illinois. An incident about these people has been mentioned time and again in the media. According to this, both the friends had shot some videos during a party in Chan’s apartment, but they were not able to share these videos with anyone else. Tired of this problem, both of them came up with such an idea to share the video, which later came in the form of YouTube. According to Karim, in 2004, Janet Jackson’s ‘Super Bowl Incident’ and 2004 Indian Ocean Tsunami During this, the idea of ​​YouTube came to his mind. Karim was not able to get the video clip of either of these two, due to not getting the video, he imagined a site with the help of which the video could be shared very easily. According to Chan and Hurley, the original idea for YouTube came from looking at an online dating service website and ‘Hot and Not’.

This company started with a very big budget. It started with around $11 million. This was the time between November 2005 to April 2006. It’s initial headquarter was above a Japanese restaurant located in San Mateo, California. Its initial domain name was www.youtube.com, which was launched on February 14, 2005. The website’s first video was titled ‘Me at the Zoo’, in which one of the founders of the company, Jawed Karim, is seen at a zoo in San Diego. These videos were uploaded on the website on 23 April 2005, which are being watched with great interest even after twelve years. This year around May, such features were added to it, so that common people can also watch videos very easily. A Nike promotion on this website became the first video to get nearly one million views. Ronaldinho worked in this promotion. In November this year, Sequoia Capital invested $3.5 million on YouTube. This made YouTube even stronger. During this, about eight million views were coming on YouTube in a day. This website was developing very fast. In July 2006, the company announced that 65,000 new videos were being uploaded daily. After this, YouTube’s videos started getting about 100 million views every day.

In 2014, the company announced that about 300 hours of video are uploaded to this website per minute, which was three times the figure a year ago. The surprising thing is that a third of this comes from outside the US for YouTube. Every month this website gets about 800 million visitors. As of December 2016, YouTube is the world’s second most used website and the world’s number one TV website.

Playback: At the time of introduction, the Adobe Flash Player plug-in was used to play YouTube videos. In January 2010, an experimental version of YouTube came out, which did not require any separate software to run. With this version, the use of YouTube became very easy. After this, it became very easy to run YouTube in many other browsers.

Uploading: Any YouTube user can upload a maximum of fifteen minutes of video in the initial time. After this, depending on the quality of their videos and the reaction of the people, they can be allowed to upload videos for up to a maximum of twelve hours. Initially, there was no such limit, but later it was seen that people have started uploading many unnecessary videos and lengthy TV shows. Given this, in March 2006, its time limit was increased to ten minutes and in 2010 this time limit was increased to fifteen minutes. Videos of 20 GB or more can be sent using the most modern YouTube.

Quality and Video Format: YouTube supports a wide variety of video formats. These include AVI, MP4, MPEG-PS, FLV, etc. YouTube initially offered videos in mono MP3 format in 320 by 240-pixel resolution. In 2007, YouTube also made videos in 3GP format available to play on mobile. A High-Quality mode was introduced in 2008, which produced video with a resolution of 480 by 360 pixels. In November 2008 720p HD support was added to it. In this way, the dimension of YouTube’s video went from 4:3 to 16:9 and played very well even on widescreen.

Apart from all this, 3D videos, 360-degree videos, etc. are also available on YouTube.

YouTube has become a very good way to earn. There are many such subscription plans in this, through which YouTube automatically links many video promotions to a good channel, which benefits the channel owner. The way to earn money from YouTube is being given below.

First of all, a channel has to be created by logging into YouTube. These channels are personal, which cannot be run by anyone else. A channel can be created with a YouTube account. A YouTube account is like a Google account. YouTube accounts can be connected to other places in Google such as Google Drive or Gmail. This channel can be given a very interesting title, by which common people will be able to find the channel very easily. It is much better if the channel name is related to the content of the video. The username you are using affects you a lot. If the name is short and effective, people can remember it very easily, and can also mention it to other people, which will give much better promotion to your channel. If you do not like it, then the username can also be changed later.

The uploader should keep in mind that the uploaded item should be of good quality, and should not be too long. Whatever be the beginning, the effort should be that every next video is better than the previous one.

There are many ways to improve your video quality. It is very important to have a very good camera, good video editing, special care of lighting, etc.

Continuously uploading videos at very short time intervals garners a good number of viewers, due to which the source of earning gets better.

The more viewers there are, the more the earnings will increase, so the link to YouTube should be made accessible to as many people as possible through your Facebook, Twitter, and other social sites.

The viewers keep on giving their feedback on the comments made by the viewers. Following their questions, their ideas and suggestions can be of great benefit.

The main way to earn money on YouTube is to allow YouTube to put ads on its videos. Clicking on the “Monetizing tab” after uploading a video allows YouTube to automatically allow it. In this box, click on the ‘$’ sign next to all those videos. The clicked video gets ‘monetized’. Ads start coming on it and with the increase in the number of viewers, the money also increases.

With this, an account has to be created on the ‘Google Adsense’ website. This account is created for free. Here all the information asked by YouTube has to be given. Here either a ‘PayPal’ account or another bank account is required. With this, the subscriber has to give his address. With the help of this information, adScene finds out who you are and to whom adScene will send money. Per ad click done by the audience and very little money is available on the views. This is the reason why the number of viewers should be very high to earn money on YouTube.

If it is appropriate to make videos, then it is very important to make a small team and distribute the work. With this, the work can be done very easily without any tension.

It is important to keep checking the analysis from time to time. If it seems that the content is not working or the channel is not getting popular then it is necessary to change the content of the video over time.

After starting on YouTube, it is necessary to market your videos in many other places. For this, a website or blog can be created. Apart from this, there are many other social sites on which your videos can be shared.

Along with all this, membership can also be taken on YouTube. There are many benefits to having a partner. A YouTube partner gets much help in creating content on behalf of YouTube, as well as many awards can be won by being a partner. By the way, to be a partner, a channel’s video should get at least fifteen thousand views in the next 90 days.

In this way, your career can be found on YouTube.