By Sameer Ur Rehman
न्यूज़

Maruti Alto 2022: New Gen Maruti Alto Launch Details in India know Price: The country’s largest automaker Maruti Suzuki (Maruti Suzuki)’s entry-level hatchback and cheapest car Maruti Alto (Maruti Alto) is one of the best-selling models. It has been the favorite car of the buyers. since its launch. Now the company is preparing-generations the next-generation model.

Maruti Suzuki has started testing the new generation Maruti Alto in the country and this car has been recently seen during testing.

According to the reports, the new model of Alto will be first introduced in Japan in January next,t year. After this, it will be launched in the Indian market next year.

The model seen during testing was completely covered with camouflage. Due to which the company managed to hide most of the diets.s of its design..however, some information related to the design has been revealed.

However, the new 2022 Maruti Alto could see feature upgrades along with major cosmetic changes. The all-new Maruti Suzuki 800 will be built on a modified version of the HEARTECT (Heartect) platform.

Due to which the reason for this will b.ess than before..t present, many models of Maruti Suzuki are based on the Heartect platform. The new Maruti Alto 2022 will retain its original boxy look. It is likely to get a redesigned front grille, headlamps,s, tweaked bumpers and a new taillamp cluster. Carmakers may slightly increase the height of the new Alto, while the length and width will remain the same.

.A lot of changes are expected inside the cabin. The new Alto is likely to come with a 7-inch touchscreen infotainment system with Android Auto and Apple CarPlay connectivity.

Talking about the features available in the new Maruti Alto, the new car can also get a new instrument cluster, keyless entry, power windows on all doors, steering mounted controls. The new 2022 Maruti Alto could also be better in terms of safety.

It is being built on an m. robust platform..part from this, features like ABS (Anti-Lock Braking System), EBD (Electronic Brake-Force Distribution), dual airbags, reverse parking sensors, speed alert system, and driver and co-driver seat belt reminder can b.ound as standard.

However, the company has not yet disclosed its engine details. According to the report, the new Maruti Suzuki 800 will be available only with a petrol engine. The current generation Alto gets a 796cc, 3-cylinder engine. This engine generates maximum power of 48 bhp and .k torque of 69 Nm..t gets a 5-speed manual transmission.

Rumor also has it that the new Maruti Alto 2022 could be made mild-hybrid with SHVS mild-hybrid technology and CNG kit option. Due to new and advanced technology, the new Alto will give better mileage.

Due to the new updates, there is a possibility of a slight increase in the pr.s of the new model. More details about the new 2022 Maruti Alto are lshortlyed shortly. 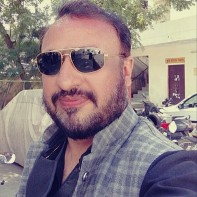