Users said to Kareena Kapoor, Bebo, you are old now. 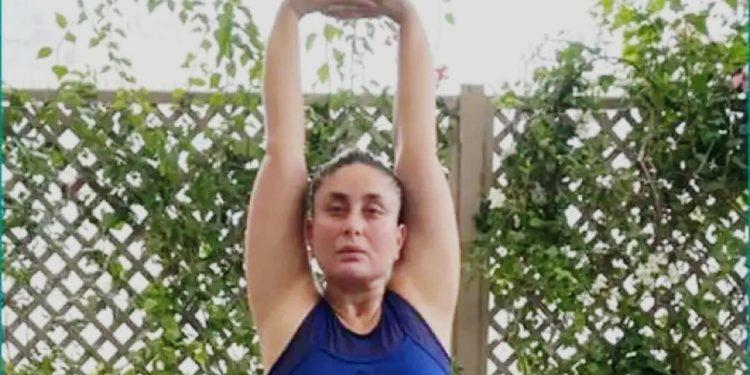 Bollywood actress Kareena Kapoor Khan, who is known for her impeccable style, is trolled for her looks from her clothes. Kareena is seen on the target of trollers every day. The same has happened this time as well.

In fact, at this time, some pictures of the actress are becoming increasingly viral on social media. You can see the shocking transformation of Kareena Kapoor Khan in these pictures.

In fact, after becoming a mother for the second time, the actress had put on some weight, and since then, the eyes of the trollers have been on her.

You can see in the pictures going viral that Kareena Kapoor Khan is seen doing yoga on the house’s balcony.

Seeing the images, a user wrote in the comment, ‘Why are you looking so swollen, Bebo? It looks like someone has hit you many times.’ Another user wrote, ‘Bebo, now you are old.’

Although this is not the first time that Kareena has been a victim of trolling, but even before that, she has been trolled many times.

Recently, when there were reports that Kareena will play the role of Sita. And she has demanded 12 crores for this character.

So people started trolling Kareena. People said that she does not deserve to play this role. Talking about work, soon Kareena Kapoor Khan will be seen in the film Lal Singh Chaddha.